Memoirs by pre-19th century women are exceedingly rare. This memoir by a late 17th to early18th-century Jewish business woman is completely unique. Gluckel’s financial dealings, her piety and personal conduct, and the family and community events she describes bring us into a world we rarely glimpse. She uses Jewish folk and religious teachings to illuminate her thoughts and internal life, showing how accessible stories and texts created a parallel, female tradition of moral and ethical instruction.

Born in 1645 into an affluent merchant family, Gluckel was married young and had 14 children, but remained active in the business affairs of her family. After her first husband’s death she eventually remarried, but her second marriage was not a success (made worse by this husband’s lack of business skill). She ended her life disappointed by her changed financial and emotional state, yet still finding strength in her faith and in the telling of her stories. 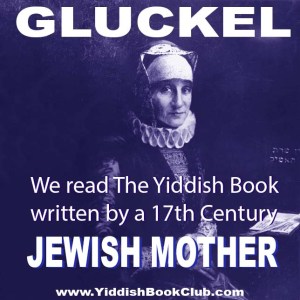 The Memoirs of Glückel of Hameln

In Chaim Grade’s classic story, two Holocaust survivors meet in post-war Paris: one has cast aside God, while the other has become only more fanatical. Is there any common ground, or can one convince the other? There is a fury at the heart of this actionless, philosophical tale; readers end up drawn in by their, and our, need for closure. It is unclear if the story is meant as memoir, fiction, or something in between; or indeed if those categories would hold any interest for Grade. We can judge it only on what it tells us about belief and the search for meaning in the face of human depravity.

Chaim Grade was one of the foremost Yiddish writers of the post-war period. Born in 1910 in Vilna (Vilnius, Lithuania), and educated in a rigorous, controlling form of religious school, Grade broke away to write Yiddish poetry. Surviving the war in the Soviet Union, he returned to find his family murdered and immigrated to the United States. He turned more often to prose, writing novels, stories, and the extraordinary memoir My Mother’s Sabbath Days. He died in New York in 1982, leaving his estate in a shambles that made it impossible for new editions or translations of his work to appear. With the seeming resolution of that issue in recent years, new translations may now be forthcoming. Grade deserves a greater readership, and we’re pleased to bring his work to new audiences.

“God of Vengeance” by Sholem Asch

Shane Baker is playing the central character, Yankl on stage in the Yiddish language play “God of Vengeance,” originally written by Sholem Asch in 1907. In the next episode of the Yiddish Book Club podcast we are going to talk about the text of the play with fellow Yiddish experts Michael Wex and Faith Jones. In this episode we talk to Shane alone, specifically about his personal, ongoing relationship to this play.

Shane Baker on acting in the Yiddish Play “God Of Vengeance”

Part two of our discussion of I.B. Singer’s short story “Yentl the Yeshiva Boy.” Please be sure to listen to part one unless you are a rebel who likes doing things backwards, who am I to tell you how to listen to a podcast if you don’t care about understanding things.

We read I.B. Singer’s short story about a Jewish girl who dressed as a boy, because she wanted to study. This is part one of a two hour discussion.